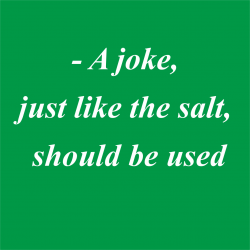 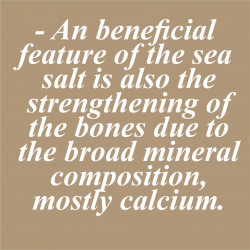 Upon use of salt for deicing, one of the most important indexes of efficiency is the time needed for the process of melting the ice and the snow and the duration of the salt effect. Most of the cheaper kinds of salt offered on the market in their natural state are in solid form and unsorted granulation and being used as deicing agents, their effect comes either too late, or too early, which leads to short term action and poor performance, as well as double or triple costs.
The crystal sea salt Fraction A from Tunisia we offer has been developed and produced especially for deicing according to the European standard and it contains granules from 0.1 mm to 5.00 mm, which come easily and quickly in contact with the ice and the snow on the road pavement. This allows the ice melting to start as quickly as possible and to continue as long as possible and to reduce by about 40% the operations related to the snow removal and deicing, accordingly. The anti-binding elements contained therein does not allow its hardening and in this way the storage period is much longer compared to the other marketed kinds of salt, notwithstanding the storage location and the weather conditions.
Deicing with salts, which have insufficiently long period of effect and are not efficient at low temperatures results in increase of thawing and freezing, numerous repetition of the operations related to the removal and accumulation of big expenses related to this activity.